From video assistant referees (VARs) to goal-line technology, many state-of-the-art technologies operate in the background for the success of the 2018 FIFA World Cup. Sergey Babenko, the CEO of Simvol, who is one of the official signage producers for the 21st FIFA World Cup, reflects on one technology that is often overlooked, but has massively contributed to the look and feel of the biggest football event of the year: digital printing.

Founded in 1996, Simvol is Russia’s largest producer of flags and State symbolic textile-based signage. The company is located in Kropotkin, Krasnodar Territory, and has sales offices in all major Russian cities. Led by CEO Sergey Babenko, Simvol was most recently tapped to produce signage for the 2018 Soccer World Cup hosted by Russia.

“We had already done significant work to support the 2014 Winter Olympics in Sochi,” Babenko explained. “We were very proud of the work we did in the production and installation of all of the flags and banners for one of the most important events in our country, under the most difficult mountain conditions. So it made sense to tap us to produce flags for the 2018 Soccer World Cup. Participants see our products in almost all of the cities where the matches are being held, including Sochi, Volgograd, Samara, Moscow and St. Petersburg. Plus, we produced sportswear and accessories to help fans actively support their teams. It is exciting to think that these items will be spread all around the world once the matches are over!” 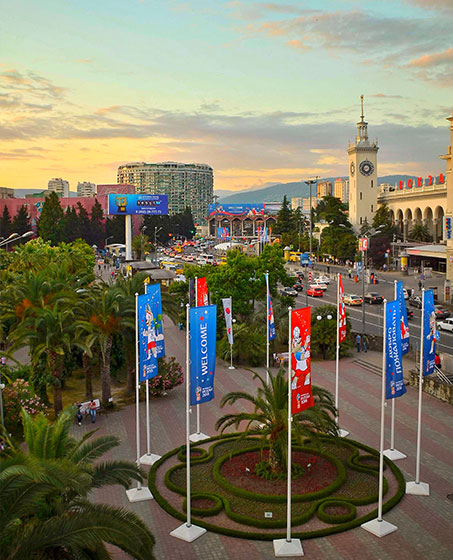 While Simvol began its life producing screen-printed sewn flags without any uniform standards and sizes, the production process today has evolved dramatically.

“Screen printing is very labor intensive,” said Sergey Babenko. “And the results were unpredictable. To overcome these issues, Simvol was one of the first companies in Russia to adopt heat transfer dye sublimation printing technology. We worked with Smart-T, a reseller to the industry, to determine the best printing solution for our needs. Not only did we transition much of our production to heat transfer dye sublimation, but we were also creative in the use of our existing screen-printing equipment to add unique finishing to our dye sub flags and signs. Plus, we also offer embroidery, applique, fringe and other embellishments to set our flags apart from the competition.”

While Simvol’s early experimentation with heat-transfer dye sublimation was less than satisfactory, the company continued to evaluate new offerings as they came on the market. “In 2004,” Babenko added, “we reached out to Smart-T and they immediately proposed a solution. We acquired a Mimaki JV4, which increased our press speed by a factor of 10, and we are still using that printer today! In addition to flags, we started printing desktop tags, pennants and chevrons.”

Along with the JV4, Simvol has also added a number of other printers to its fleet over time. This includes a Mimaki DS-1600 for direct-to-fabric printing and a TS34 for heat-transfer dye sublimation. Most recently, the company acquired a Mimaki JV300. “This is the model we look to use as our primary production platform in the future,” Babenko commented. “It has the ability to replace all of our other printers.”

Babenko is also excited about the Mimaki Tiger 1800B production class textile printer. “This printer has exceptional speed and quality,” he said. “As we continue to grow, we will consider adding one or more of these printers to our fleet. It will really set us apart in the marketplace and allow us to produce orders even faster.”

Simvol has other notable accomplishments in its history book as well. The backdrop with the standard of the President of Russia against which he holds official events was produced by Simvol. And the company’s work has also visited space. “We developed and produced a pennant in honor of the 95-year anniversary of the Supreme Court of the Russian Federation,” Babenko stated, “which the Russian astronaut Anton Shkaplerov took into orbit. Also, for more than ten years Simvol has produced battle flags at the request of the Government and Ministries of Russian Federation.”

Today, the company produces a wide range of textile-based products, including flags, banners, pennants and sportswear on five Mimaki printers. Simvol produces some 40,000 jobs per year, with run lengths ranging from one to 10,000.

Babenko is also very proud of his staff. “I have a staff of very talented people who love what they do and are dedicated to delivering the best quality,” he concluded. “We closely follow all new trends and are always seeking new markets and opportunities. The support we get from Mimaki and Smart-T are key to our success, and we look forward to continuing our journey with them far into the future.” 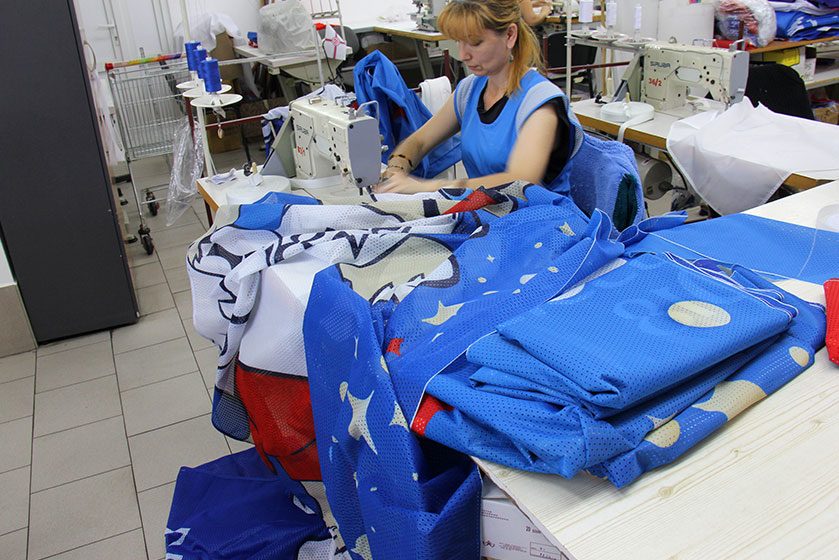 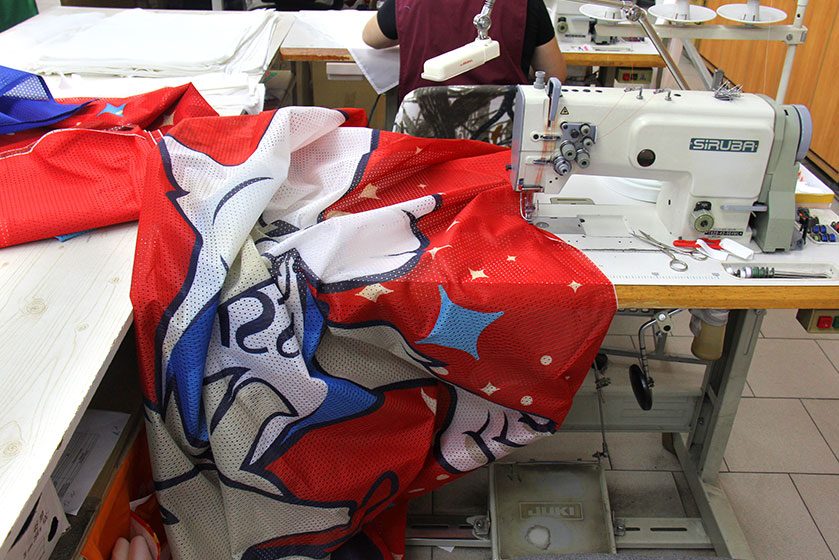 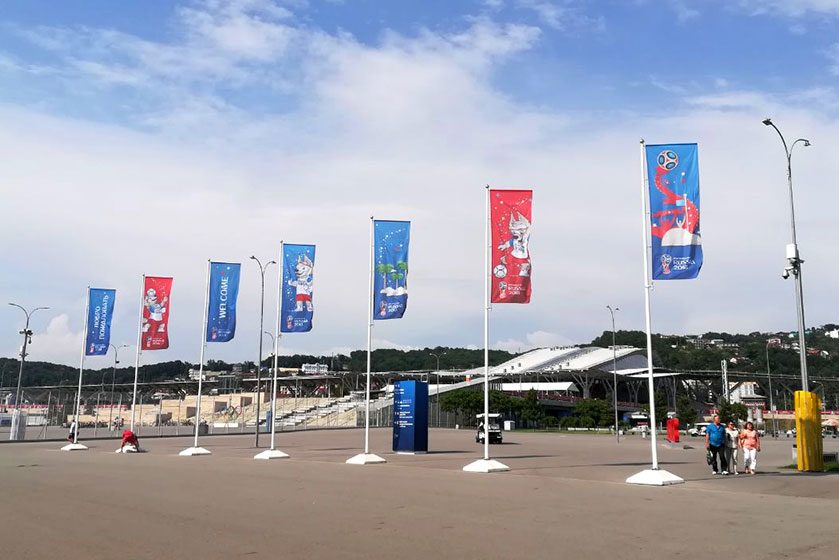 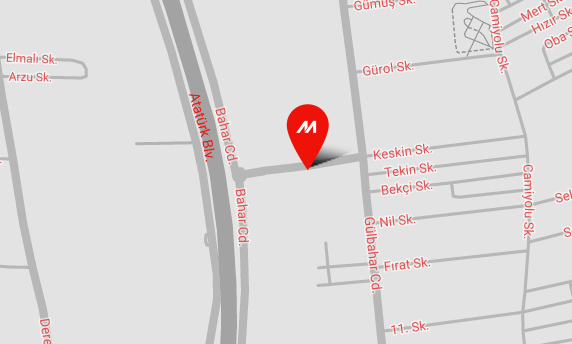